This free self help mini course is for you if you are suffering from Myalgic Encephalomyelitis, Chronic Fatigue Syndrome, Post Viral Fatigue, Fibromyalgia or Adrenal Fatigue...

Get Started Right Away!

This video reveals what I've learned from my own recovery from ME/CFS, as well as 20 years working as a Consultant Fatigue Therapist, helping several hundred people regain their health.

Part 2: Is a maladaptive stress response causing havoc to your health?

In this video I’ll take you through a simple exercise that can help show if you have an underlying neurological stress response pattern.

Part 3: Why do I have such weird symptoms?

If you’ve felt overwhelmed and confused by the many types of weird symptoms, you may find this video totally enlightening!

Part 4: Do you have these specific symptoms?

Do you have any of these symptoms commonly associated with both high and low adrenalin and cortisol?

Part 5: Do you have adrenal dysregulation?

In this video discover why your adrenals may test normal, high or low.

Part 6: Are you experiencing symptoms of ‘freeze’?

Do you suffer from the lesser known, but possibly more debilitating freeze response?

What People Say About The Full Energy Excellence Course 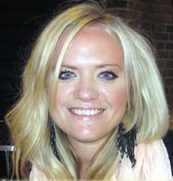 “I could scream with joy that I have my life back again...” 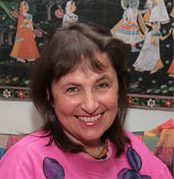 I feel lighter, have tons more energy, my head feels clear, I wake up feeling as though I’ve slept, am more conscious of the moment, more appreciative of the moment. Thank you a zillion times Amir and Aliya! 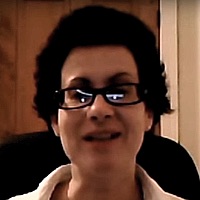 “The course has absolutely changed my life...”

I was very sceptical at first…but after 24 hours I noticed a difference. The course has absolutely changed my life, I have my life back and I’m doing all the things I want to do. I’m much more happy now.

Since 2001, Amir Norris has helped over 800 adults and children with fatigue disorders, ranging from those affected by M.E., Chronic Fatigue, Post Viral Fatigue, Fibromyalgia and Adrenal Fatigue.

Amir is a ME/CFS survivor who developed an unorthodox approach to addressing chronic fatigue syndrome. He struggled with ME/CFS for over 10 years and tried a mixed bag of approaches. Some were transformative. Most were not.

During his recovery, he spent a decade unpacking the cause of his exhaustion and the mechanics of his recovery. Since 2005, he has been running me/cfs courses all around the UK, sharing refreshing and unorthodox approaches, that help people recover (without constantly relapsing). It’s all distilled in his online Energy Excellence Course.

His clients, which include celebrities, have also been interviewed on BBC radio 2, as well as featuring in local and national newspapers.

“I had ME/CFS for ten long years. I hope my journey and the knowledge shared in this free mini course will be a turning point towards your recovery.”